In the beginning was the GIF – then came the flood of images. When these images learned to walk, an idea saw the light of day that today, a good 125 years later, is more powerful than the motion picture.

In December 1895, something wonderful was born in the Salon India of the Grand Café in Paris: the cinema. The Lumière brothers organised the first ever screening. But Max and Emil Skladanowsy were faster. Their everyday sequences, shot with only eight frames per second, had already attracted a large audience to the Berlin Wintergarten that same year, and in the process had unconsciously brought something else into the world.

Doing jumping jacks to entertain the masses - and thus circulating a gesture that everyone understands and whose code can be deciphered immediately. Genius. The Skladanowskys were basically already making GIFs as we know them; all they needed were the right computers and, well, the Internet to make them a resounding success. Not to mention the social mindset. We'll leave it to the forums of this earth to decide who had the historically more ground-breaking idea. What is certain is that cinematography had triumphed for the time being.

If you get caught up in a tense thread or escalating online discussion today, you have probably already seen this reaction. Michael Jackson in popcorn bliss. Means something like: When two people argue on Facebook, Hollywood has got nothing on this drama. Sometimes a Captain Picard reference is all it takes to end the repartee. In his role from STAR TREK, Patrick Stewart only finally conquered the infinite expanses of the universe thanks to GIFs. Above all, the face-palm motion of embarrassment and despair is a hit with all those who may no longer have any arguments, but still want to make their opinion known.

When the pictures learned to walk in 1895, no one could really have guessed where the road would lead them. In 1987, a certain Steve Wilhite was looking around on his clunky computer, looking for a way to make image transmission via modem more efficient. The result was the Graphics Interchange Format. In short: GIF. That's why the clever pioneer Wilhite has been retroactively awarded the title of supreme GIF maker. He is the pioneer of a world that is now GIFed down to a T. Even if he himself pronounced the name of his baby JIF and his discovery was very limited in terms of today's GIFs. What does it matter ...

In fact, the now common term GIF solely refers to the images in social media that blink for a blink of an eye. It’s like a preview of something “real” without any other content. No words need be said. GIFs can be used to discuss everything that life has to offer. The one from Samuel L. Jackson in PULP FICTION, where he brazenly slurps the milkshake of the guy he then kills, would fit well now. It can be used for anything, simply because it comes across as cool. The power or authority to say what is right just for the sake of doing so now latently leads to the meaninglessness of how it is to be achieved.

The phenomenon of the clap and the clap-back: Universally understandable, GIFs put exclamation points in a debate, much like the real world’s analogue middle finger or the old-school smile emoji. But they also enable their users to bring tensions to a boil once and for all. The coolness of a sequence is not a prerequisite for this, file under Wendler. Silliness and embarrassment are high on the list. The reference scope of the colourful flickering messages is broad, their time frame, on the other hand, quite clearly defined. The collective contemporary attention span brackets the pop cultural memory of several generations.

While GIFs represent an ingenious culmination, their proliferation is tantamount to inflation. They had already experienced a spike in hype this century- and almost didn't survive. However, in addition to the interests of the attention economy, tangible economic interests also play a role. Some people will remember the GIF frenzy in the good-old days of MySpace. When the pages looked like pixel versions of poetry and friendship albums with moving glossy images? With MySpace, that madness disappeared, too. A second time after the bioscope of the Skladanowskys, the idea was good but the world was not ready.

Golden rule: Hot pop culture always gets recycled. Either the retro wave washes it back ashore, or it sets the scene for its own world in which it can reproduce itself under the best conditions. Giphy is such a digital magic land for GIFs. Ever since Facebook took it over, business has been booming, and the images are dancing to it. Just think of the Confused Travolta meme, which revealed an often underrated DIY potential of GIFs. There's a lot in store for us if these possibilities are fully exploited.

If you look up GIFs today, you'll already find some theoretical and popular-scientific explanations - and an artistic approach that closes the circle from technical innovation to new art form via the detour of applied art to the point of cryptic reappropriation. How about, for example, a GIF course in public space ... a street gallery in which fleeting images of opinions come together into an exhibition, occupying and identifying empty spaces in the analogue? That would maybe even be something akin a contemporary Winter Garden experience. 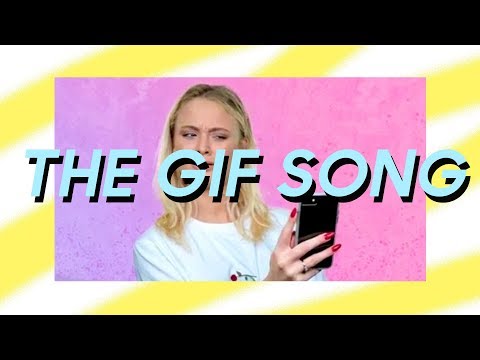 FestivalGIFPop Culture
Short culture history: A Toxic GIFt for Society
In the beginning was the GIF – then came the flood of images. When these images learned to walk, an…