Oscar, Golden Globe and Silver Lion winner, Jane Campion was awarded the Film Prize Cologne and came to accept the award in person in Cologne. The prize was donated by the Film and Media Foundation and the City of Cologne and honours those who have made an outstanding contribution to developing the film industry and its media language through their work.

In the course of her career, Jane Campion has ventured into a wide variety of genres - from historical drama to erotic thriller to western. No matter what genre, she approaches it with confidence and a style only she can bring. Her strong yet flawed anti-heroines are transported to the drawing rooms of Victorian times (BRIGHT STAR), the thickets of New Zealand forests (THE PIANO), the claustrophobic confines of the modern urban jungle (IN THE CUT) or to the Wild West (THE POWER OF THE DOG). Through it all, she has always been a true master of whatever genre she is working in.

The New Zealand-born filmmaker knows what she’s doing when it coming to building a compelling story, where damaged or vulnerable people break down due to the social constraints of the society they live in... and fight against them. While genre styles and historical settings may at first suggest distance, Campion's screen is never an escape, but often a mirror that confronts the viewer with himself and the now. Hell is rarely the unknown. She even ventured into multi-layered variations on seemingly familiar crime stories with her television series, TOP OF THE LAKE. Despite the different format of these stories, they still turn into hypnotic explorations of emotional canyons in her hands, in which she once again effortlessly succeeds in reconciling heart, brain and gut. 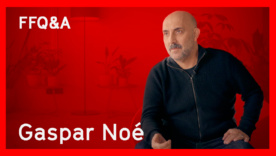 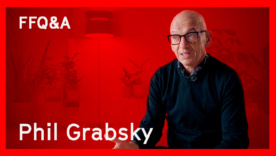